On The Road With Blind Jack 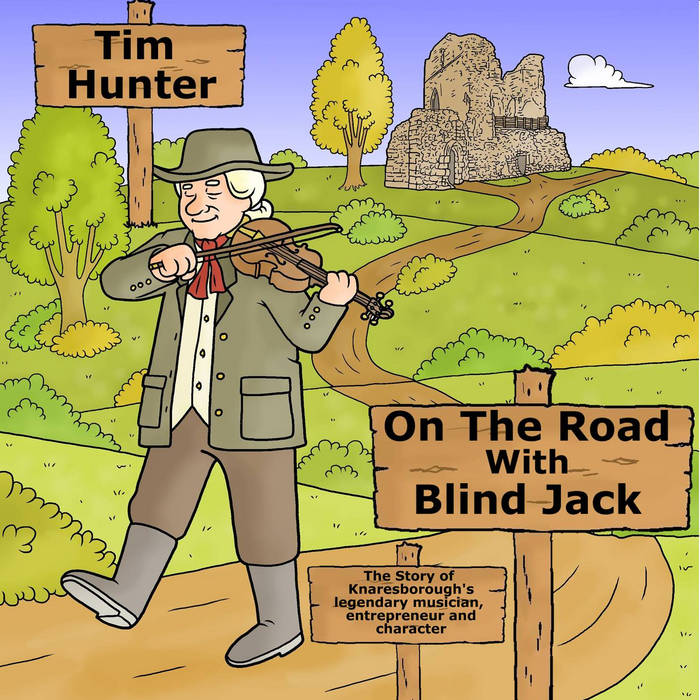 This album features a series of songs which are inspired by the life of John Metcalf (1717–1810), also known as Blind Jack of Knaresborough, who was born in 1717 in Knaresborough, in a thatched cottage near the Parish church. ‘On The Road with Blind Jack’ is a personal view of Blind Jack’s life told in song, and was released in 2017 to coincide with the Tricentenery of Jack’s birth on 15th August 2017.

Metcalf led a hugely varied and colourful life, which included working as a professional musician and also as a pioneering road builder. Metcalf designed and helped to build around 180 miles of road across Yorkshire, Lancashire and Derbyshire. Many of his routes still survive today, for example as parts of the A59 and the A61.

At the age of six John lost his sight after a smallpox infection; he was given fiddle lessons as a way of making provision for him to earn a living later in life. He became an accomplished fiddler and made this his
livelihood in his early adult years. Though blind, he refused to let his disability limit his activities.

He enjoyed life to the full and was a ‘bon vivant’. He took up swimming and diving, fighting cocks, playing cards, reputedly enjoying drinking, riding and even hunting. He knew his local area so well he was paid to work as a guide to visitors. In his youth, Metcalf also eloped with Dolly Benson, the daughter of the landlord of the Royal Oak in Knaresborough. They married and had four children.

In 1745 Jack help recruit men for the ‘Yorkshire Blues’, a 64-man militia raised in the district by Captain Thornton to fight Bonnie Prince Charlie and the Jacobite rebels. He led the ‘Yorkshire Blues’ into battle and was present at the Battle of Culloden, which saw the decisive defeat of the Jacobite rising by the Duke of Cumberland. In Scotland, Jack had a narrow escape after being captured by the Jacobites. The long hard journey back to Knaresborough, on appalling local roads, gave Jack some ideas for the future.

By 1752, Jack was operating a stagecoach company between York and Knaresborough and realised he had to do something to overcome the limitations of local roads. Soon after a new Turnpike Act in 1752, the
enterprising Metcalf took up the challenge and moved into Road Building. He obtained a contract for building a three-mile stretch of road between Ferrensby and Minskip with his gang of workmen. This would begin Jack’s successful career of professional road construction.

Competition from canals eventually cut into his profits and Jack retired to Spofforth, where he died in 1810. Blind Jack’s epitaph (set to music on this album) is on his headstone in the churchyard of All Saints Church, Spofforth. His life is an example to us all in how to overcome adversity, and the story of his life deserves to be more widely known.

Copyright © 2017 Tim Hunter.
All rights reserved. This work is registered with the UK Copyright Service: Registration No:284704936