from Yorkshire Through The Ages by Tim Hunter 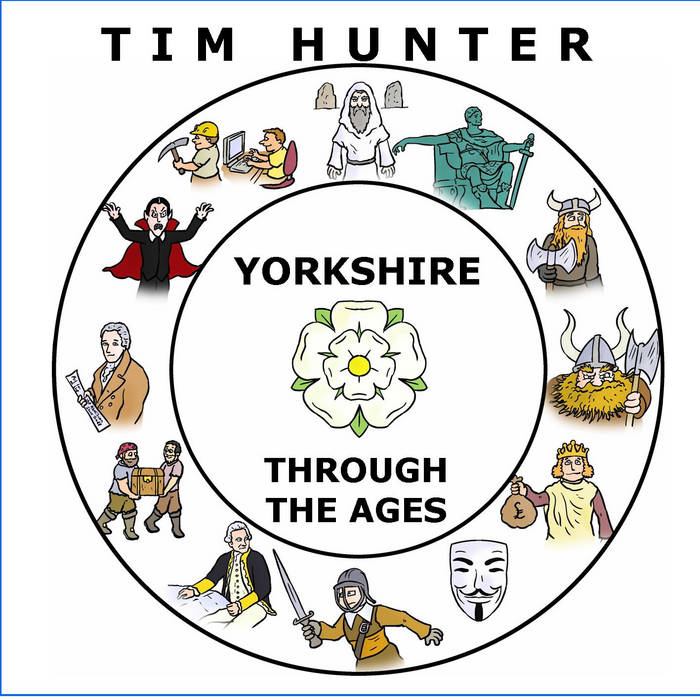 Yorkshire’s rebellious streak continued with Guy Fawkes. Fawkes was born and educated in York, at St Peter’s School. His father died when Fawkes was eight years old, after which, his mother married a recusant Catholic from Scotton, near Knaresborough. Fawkes converted to Catholicism and left for the continent, where he fought in the Eighty Years' War, on the side of Catholic Spain against Protestant Dutch reformers in the Low Countries. He then travelled to Spain, to seek support for a Catholic rebellion in England, but without success. On his return to England, Fawkes became involved in a plot to assassinate King James I, so that a Catholic monarch could take the throne. The plotters famously stockpiled gunpowder under the House of Lords. Prompted by an anonymous letter, the authorities searched Westminster Palace during the early hours of 5 November, and found Fawkes guarding the explosives. He was subsequently executed. On Guy Fawkes Night, 5 November, his old school, St Peters, refrains from burning a 'Guy' on their bonfire as per English tradition, as Guy Fawkes was an ‘Old Peterite’ (alumnus).

There was a plot to kill the Scottish King
The protestant King James,
The King of Great Britain
Guido lived in the Knaresborough district
In Scotton he got involved in politics and
conflict

Copyright © 2016 Tim Hunter. All rights reserved. This work is registered with the UK Copyright Service: Registration No:284704936