from Tim Hunter - The Knaresborough Forest Suite by Tim Hunter 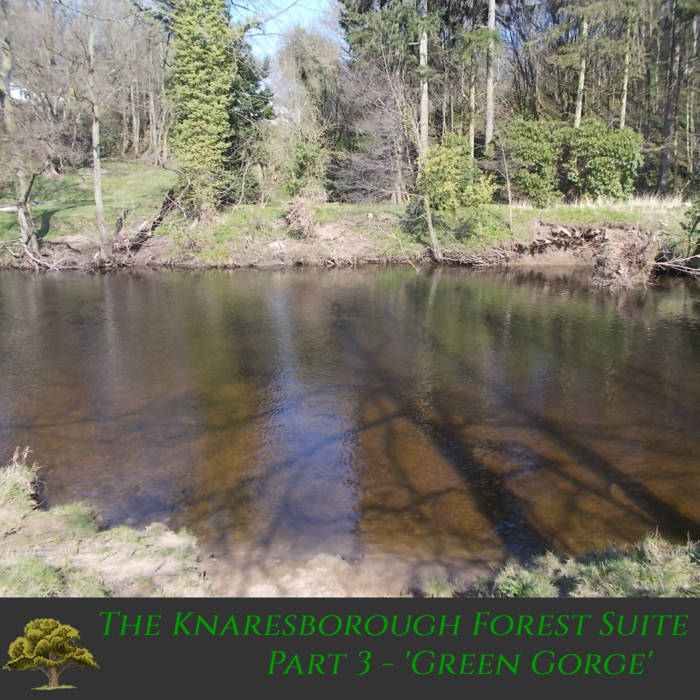 Nidd Gorge was sculpted by the River Nidd during the last Ice Age. With woodlands clinging to a dramatic steep-sided valley, the Gorge has a
patchwork of habitats supporting a wealth of wildlife and flora.
There was a good deal of Industry at Nidd Gorge. Records show that the wood dates back to at least 1600 and it has been used in the local industry throughout its history.
There are records of coal deposits being worked in the 18th and 19th centuries. Coal was excavated by digging directly into exposed seams, which created bell-shaped pits.
There are over 20 depressions where these pits once existed in Coalpits Wood, some as deep as six metres. NB Be careful - the terrain can be very muddy and slippery in places (I fell over here and
got a lot of mud on my clothes)!
During the 1920s, some of the old oak woods on the southern bank of the Nidd were felled and much of the remainder was cleared during
World War Two by prisoners of war.The southern bank of Nidd Gorge is designated semi-natural ancient woodland. The northern bank features lots of broadleaved woodland, as well as conifer stands which were planted in the 1960s.
Reference: Woodlandtrust.org.uk