Life on The Ocean Wave - Volume 2 of Songs from 'Journeys: Captain James Cook' 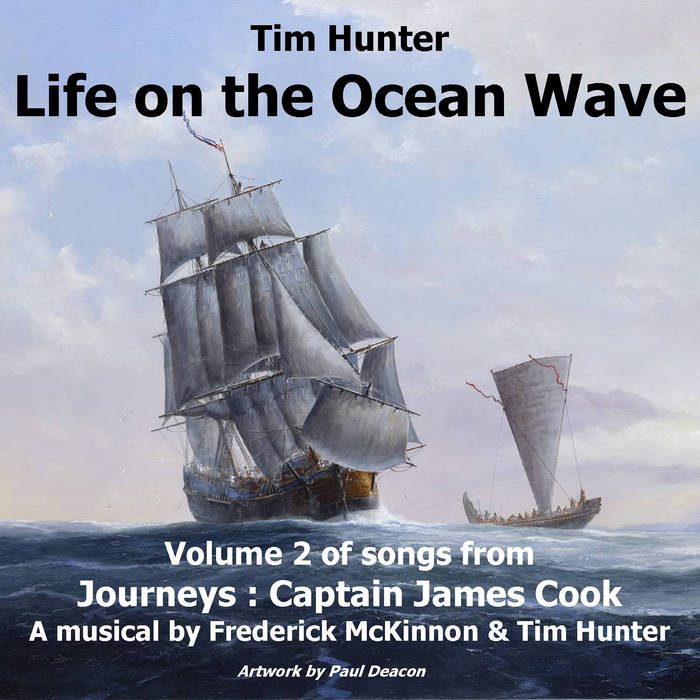 Second part of a 3 volume set of songs taken from the musical play 'Journeys:Captain James Cook' by Frederick McKinnon and Tim Hunter.
This volume contains a selection of 8 songs that highlight Cook’s adventures and discoveries in the Pacific Ocean .

Journeys: Captain James Cook is a full length musical play written by Frederick McKinnon and Tim Hunter. The digitally released, 3 volume set of songs taken from the play, is released on 14th February, 2018, the 239th anniversary of his tragic death. 2018 also marks the 250th anniversary of the first of Captain James Cook’s three historic Pacific voyages, which commenced at Plymouth in August 1768

The play depicts many of James Cook’s great accomplishments as an 18th century explorer and man of the Enlightenment and also creates a dramatic arc which traces the historical and emotional path to his tragic murder by natives on the shore of Kealakekua Bay in Hawaii. The loving relationship between James Cook and his wife, Elizabeth, is touchingly rendered in stirring scenes and songs (“Distant Hearts,” “So Long Gone,” “I Am the Man I Have to Be” and “Too Soon”). Additionally, “Otaheiti,” “Land Ho!” and “Australia—a Land of Opportunity” capture the spirit of Europeans initially encountering the beauty and the challenges of voyaging in the vast South Pacific Ocean.

Copyright © 2018 Tim Hunter and Frederick McKinnon. All rights reserved. This work is registered with the UK Copyright Service: Registration No: 284700072